In the past, I have written articles on intubating via SGA(supraglottic airways) either blindly (with the Fastrach ILMA) or with assistance of fibreoptic semirigid optical stylet ( like Levitan FPS).

My good friends at Greater Sydney Area HEMS ( Cliff Reid, Brian Burns, Anthony Lewis, Karel Habig and more) have actually developed a technique to use on their retrieval missions utilising an iGel SGA and the Ambu Ascope. Here are pictures from a poster presentation they gave at Aeromedical Society Australasia cairns 2012 meeting. 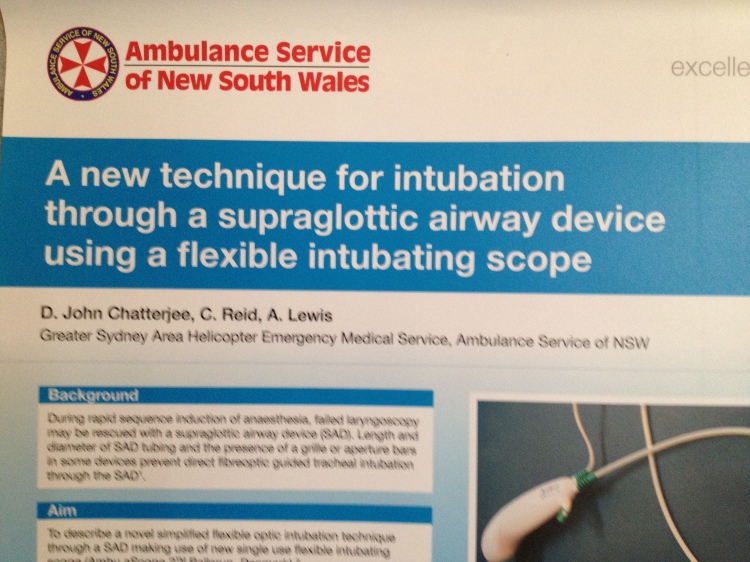 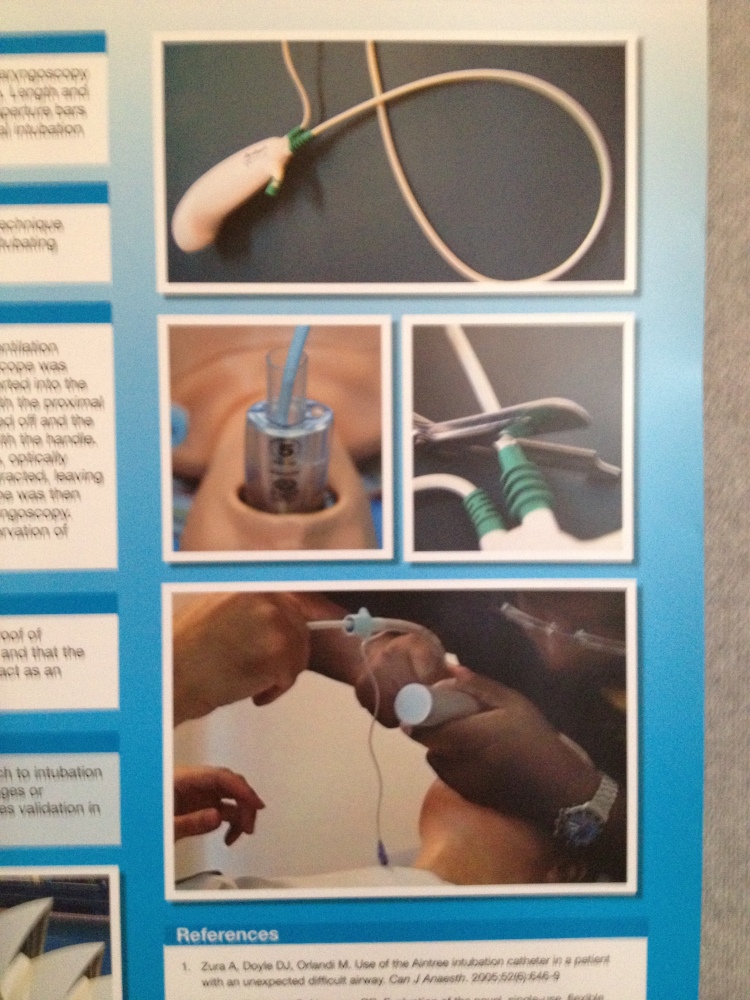 Essentially they use the disposable Ambu Ascope to intubate the trachea via the IGel, then cut the flexible scope at its connection to the handpiece, then railroad an ETT over the remaining flexible scope part like a bougie technique.

Thats a pretty novel solution to a difficult prehospital and retrieval airway challenge. Traditional flexible fibreoptic airway endoscopes are cumbersome, expensive and easily broken in the prehospital and transport setting. Some services have carried and still carry them but its uncommon. The Disposable Ambu Ascope still costs $200 approx per scope component.

Well the Israeli company ETView Medical LTD, have produced and licensed a disposable ETT with a CMOS camera at its tip, the VivaSight ( previous known as ETView)

Firstly I have no financial disclosures with this company and the products I display during this article were purchased privately for airway research and testing.

The ones I bought cost me 65Euro each. I also bought the RCA adapter to allow connection to my laptop computer via a USB video adapter. This was all up approx 50$ extra.

Here is the ETView disposable tracheoscopic ventilation tube, VivaSight SL ( the company’s description of the device) 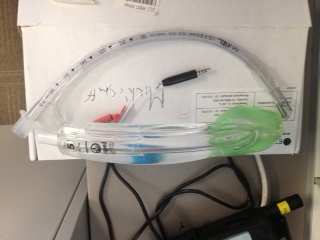 then plug the ETView into my laptop 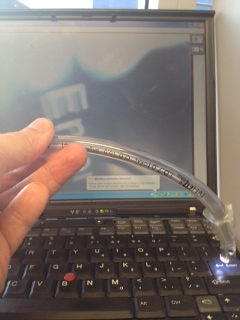 Note the LED illuminating tip for the CMOS camera. The temperature produced is minimal and well tested for prolonged thoracic procedures, bronchoscopy and lung isolation techniques. The device is FDA licensed.

So with this device, you can perform nasotracheal intubation with video guidance, or you can tube via an iGel like here..note my use of a bougie to facilitate the intubation. In fact in my testing , what worked best was to get a good view of the laryngeal inlet using the Vivasight, then pass a bougie into the trachea under video guidance, then remove the Vivasight, then iGel, leaving the bougie in situ and finally performing a standard bougie assisted ETI but using the Vivasight ETT again for further video guidance. This obviates need for capnography to confirm tracheal position as you can see if you are in the trachea continuosly

All up its a novel solution to providing cheap disposable, portable flexible airway imaging. And maybe for surgical airway, this ETT with a view can help avoid problems with confirming tracheal position..even in the bloody airway ( it has a flushing channel and port to squirt saline down to clean the camera lense!)..thats the next test..take the ETView to the bloody airway manikin!

11 thoughts on “An endotracheal tube with a view”